GET A FAST & FREE ESTIMATE TODAY. 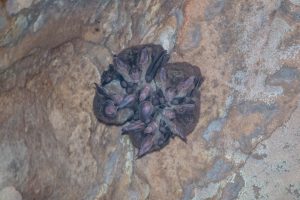 Finding a couple of bats roosting in your home can be disconcerting, to say the least. For many people, bats are scary and mysterious creatures, and they would prefer to not think about them at all, much less be confronted by one in their very own home. But before you go setting traps or spraying pesticides, there are some critical things you need to know about bats first. Trying to get rid of bats on your own could cost you thousands of dollars if you manage to hurt or kill them.

Our sunshine state is home to 13 different species of bats. This is wonderful, because bats do such a great job at limiting insect populations. Without them, bugs like mosquitoes would make living in Florida unbearable. But even more than this, they keep insects from destroying our agricultural products, providing invaluable services to our state’s economy.

Right now, there are three federally endangered species of bats in Florida: the Gray bat, the Indiana bat, and the Florida bonneted bat. The structures these bats roost in are also protected under law, since the bats’ numbers are dwindling.

It is always illegal to kill one of these endangered species, no matter what. That’s why you must be extra careful if you ever find bats in your home. Identifying the species of bat can be difficult to non-experts, so it is best to let a fully licensed and certified animal removal specialist take care of the situation. Furthermore, during the time period from mid-April to mid-August, it is illegal to remove bats from your home since it is their mating season. You must let the bat pups mature until they are able to fly and survive on their own before removing them.

When in doubt, call Critter Control® of Sarasota. Our team of animal control experts are certified in the state of Florida to remove and handle bats, so you don’t have to worry about breaking a law you’ve never heard of. We believe that the safest and most effective way to remove bats is by performing an exclusion, letting the animals fly out on their own and sealing up the house when they are gone. If they’ve left piles of guano behind, you don’t have to deal with that either – we will clean and sanitize any areas they touched. For our bat exclusion services, call us today at 941-355-9511.